SWEET AS: The Top 6 From DC Comics' June 2016 Solicitations 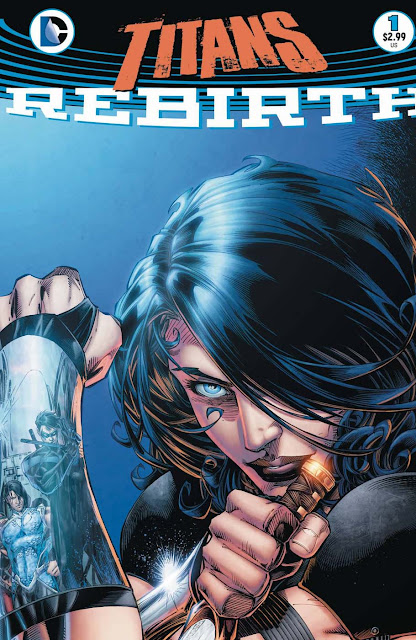 When we Kiwis find something we like, we say it's 'Sweet as'. When I look at DC Comics' June 2016 solicits, these six make the 'Sweet As' grade:

PICK OF THE MONTH  DC UNIVERSE: REBIRTH #1 It all begins here. Do not skip to the last page. Do not let a friend or message board ruin this comic for you. The future (and past) of the DC Universe starts here. Don't say we didn't warn you! 80 pages, $2.99 (W) Geoff Johns (A) Gary Frank, Ivan Reis, Ethan Van Sciver, Phil Jimenez and others

WONDER WOMAN #1 "The Lies," chapter one Why has the lasso of truth stopped working for the Amazon Princess? Start down the rabbit hole as dark secrets from Wonder Woman's past unravel her present! (W) Greg Rucka (A) Liam Sharp

SWAMP THING #6 The stunning conclusion to the hit miniseries! The fate of his home hinges on Alec Holland and his allies as shocking information is revealed about his friend-turned-foe Matt Cable. (W) Len Wein (A) Kelley Jones

ACTION COMICS #957 and #958 "Path to Doom," chapter one. Superman returns to Metropolis just in time to meet the city of tomorrow's newest protector: Lex Luthor. But it's not long before these duelling titans meet someone unexpected - the new Clark Kent! #958 "Path to Doom," chapter two. Luthor and Superman must put aside their differences and face the common threat of Doomsday, as Jimmy Olsen and the Planet staff try to uncover the truth: who is the man claiming to be Clark Kent? (W) Dan Jurgens (A) Patrick Zircher

JUMP ON HERE  AQUAMAN REBIRTH #1 Born to both the surface and the sea, Arthur Curry walks in two worlds but can find a home in neither. The king of Atlantis looks to reconcile his split heritage as he embarks on a new mission that may finally make him choose between his two paths. (W) Dan Abnett (A) Oscar Jimenez

SOUNDS LIKE AWESOME  TITANS REBIRTH #1 Friends. Teammates. Titans. Donna Troy, Arsenal, Garth, Lilith, and Nightwing were all that and more until a mysterious force erased their memories, forcing them to forget what they could accomplish together. Reunited with their memories returned, the Titans must destroy the interdimensional demon that broke them apart and threatens reality itself. (W) Dan Abnett (A) Brett Booth and Norm Rapmund 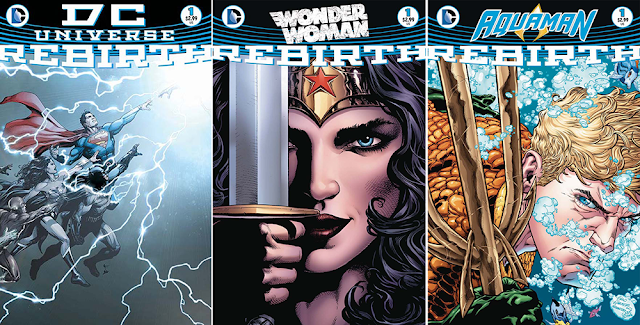 What do you think? For DC's full June solicits, click here.
Posted by IADW at 5:59 pm