SWEET AS: The Top 6 From Image Comics' June 2016 Solicitations 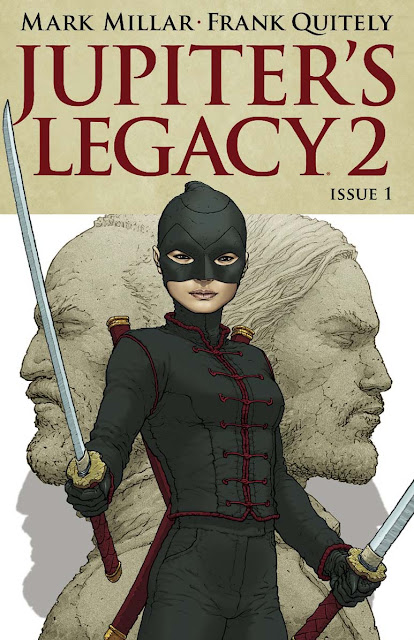 When we Kiwis find something we like, we say it's 'Sweet as'. When I look at Image Comics' June 2016 solicits, these six make the 'Sweet As' grade:

PICK OF THE MONTH:  LAZARUS #22 "Cull," part one. There are 15 families fighting to control the world. That's 14 too many. The time has come for the cull.

GIVE IT A SHOT  JUPITER'S LEGACY VOL. 2 #1 The sequel to Jupiter's Legacy boasts monthly Frank Quitely. Superhero offspring Hutch and Chloe have come out of hiding with son Jason to assemble a team of super-crooks from around the globe. (W) Mark Millar (A) Frank Quitely

THE WALKING DEAD #155 The Tip of the Spear. (W) Robert Kirkman (A) Charlie Adlard, Stefano Gaudiano and Cliff Rathburn

THE NEWBIE IN TOWN  SHE WOLF #1 She Wolf is a surreal exploration in horror as the story follows a teenage girl who believes she's been bitten by a savage werewolf. Soon after she begins to experience feverish nightmares that seamlessly bleed into her everyday reality. (W&A) Rich Tommaso

What do you think? Full Image Comics June 2016 solicits here.
Posted by IADW at 5:20 pm