SWEET AS: The Top 5 August 2016 Solicitations From Comics' Other Publishers 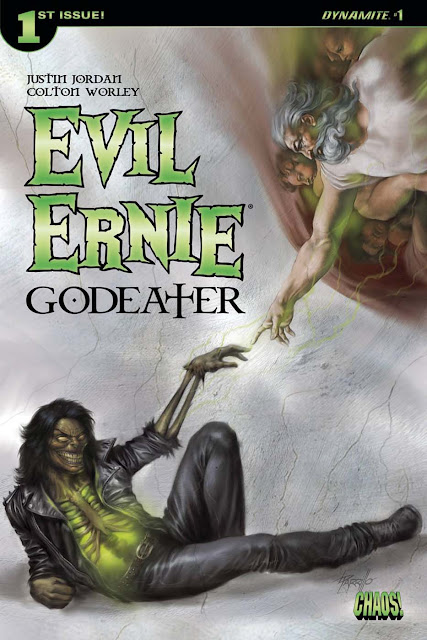 When we Kiwis find something we like, we say it's 'Sweet as'. When I look at Valiant, Dynamite, IDW, and Dark Horse's August 2016 solicits, these five make the 'Sweet As' grade:

PICK OF THE MONTH
EVIL ERNIE: GODEATER #1 Dynamite Something bad is coming. Something that could kill Heaven and Hell and the Earth itself: The Godeater. And the only thing standing its way is... Evil Ernie? We're probably all screwed. Dynamite Entertainment proudly welcomes Justin Jordan, the Harvey Award-winning writer of such horror hits as The Strange Talent of Luther Strode and Shadowman, as he debuts the all-new "Godeater" storyline, an event so epic in scope, it promises to shake the very foundations of the Chaos! universe! (W) Justin Jordan, Keith Davidsen, (A) Colton Worley, Cezar Razek

JIM THOMPSON'S THE KILLER INSIDE ME #1 of 5 IDW Jim Thompson's sinewy, brutal, and beloved novel comes to life! Thompson gives us a pitch-black glimpse into the mind of the American serial killer. Lou Ford is the deputy sheriff of a small town in Texas. The worst thing most people can say against him is that he's a little slow and a little boring. But, then, most people don't know about the sickness -- the sickness that almost got Lou put away when he was younger. The sickness that is about to surface again. (W) Devin Faraci (A) Vic Malhotra

BLOODSHOT REBORN #16 Valiant Die and die again on...Bloodshot Island! As the endless process of life, death, and rebirth plagues Bloodshot and his fellow prisoners of Bloodshot Island, the being that hunts them -- the ruthlessly efficient killer called Deathmate -- grows stronger with each agonizing day. But as Bloodshot momentarily gains the upper hand on the shadowy organization that created him and its enigmatic instrument of destruction, he may stumble upon the greatest secrets of the island...and his own haunted past! (W) Jeff Lemire (A) Mico Suayan

ROM #2 IDW "Earthfall," part 2. ROM is under attack by an entire town full of Dire Wraiths, but these Wraiths are far more powerful than any he's ever faced before. How? Why? The answers await in this issue, if you dare! (W) Chris Ryall and Christos Gage (A) David Messina 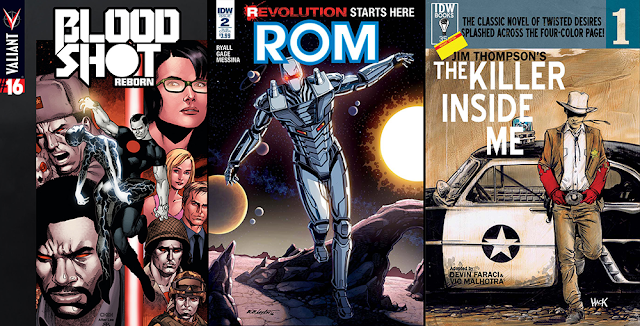 GENERATION ZERO #1 Valiant An all-new ongoing series! Years ago, the children of the experimental strike team known as Generation Zero were taken from their families by Project Rising Spirit, and raised to be psychic soldiers. After years of taking orders, they have fought for and won their freedom. Now, the world's most wanted teenagers have pledged to protect each other, while using their extraordinary abilities to right wrongs for a generation without a future...

One of those kids is Keisha Sherman, whose boyfriend just turned up dead after a suspicious car crash. When Keisha makes a desperate plea into her webcam, the local high school suddenly finds itself with several unusual new students... But as word of Generation Zero's presence spreads, this volatile band of teenage upstarts is about to discover that they're far from the most extraordinary thing lurking behind Rook's stainless-steel facade. (W) Fred Van Lente (A) Francis Portela