SWEET AS: The Top 6 From Image Comics' August 2016 Solicitation 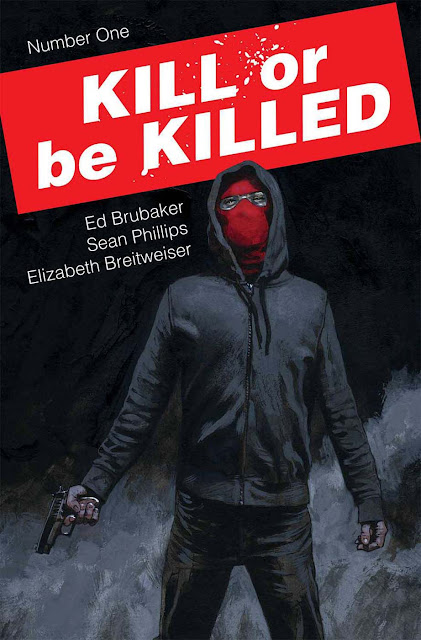 When we Kiwis find something we like, we say it's 'Sweet as'. When I look at Image Comics' August 2016 solicits, these six make the 'Sweet As' grade:

PICK OF THE MONTH:
KILL OR BE KILLED #1 The twisted story of a young man who is forced to kill bad people, and how he struggles to keep his secret as it slowly ruins his life and the lives of his friends and loved ones. Both a thriller and a deconstruction of vigilantism, Kill or Be Killed is unlike anything Brubaker and Phillips have ever done. 40 pages. (W) Ed Brubaker (A) Sean Phillips

THE WALKING DEAD #157 "The Whisperer War," part one. The time has come. The forces are aligning. The war has begun! Has Rick brought about the demise of everything he's built? Or will he triumph once again? Know this - there will be a cost. (W) Robert Kirkman (A) Charlie Adlard, Stefano Gaudiano and Cliff Rathburn

TOKYO GHOST #10 The final confrontation for the future of mankind is here. It's Debbie Decay, Mother Nature's own samurai savior, vs Davey Trauma, the Living Singularity. W) Rick Remender (A) Sean Murphy

SAGA #37 "The War for Phang," part one. Saga is back with its most epic storyline yet! Finally reunited with her ever-expanding family, Hazel travels to a war-torn comet that Wreath and Landfall have been battling over for ages. (W) Brian K. Vaughan (A) Fiona Staples

What do you think? Full Image Comics August 2016 solicits here.
Posted by IADW at 6:04 am