SWEET AS: The Top September 2016 Solicitations From Comics' Other Publishers 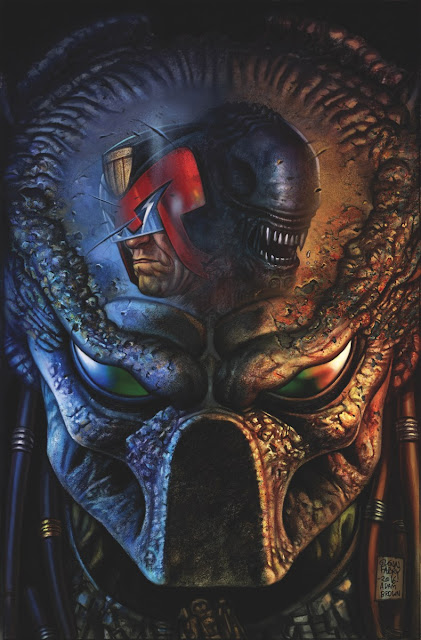 When we Kiwis find something we like, we say it's 'Sweet as'. When I look at Valiant, Dynamite, IDW, and Dark Horse's September 2016 solicits, these comics make the 'Sweet As' grade:

PICK OF THE MONTH
BRITANNIA #1 On the fringes of civilization, the world's first detective is about to make an unholy discovery. Ruled by the Fates. Manipulated by the Gods. Commanded by Caesar. In the year 65 A.D., one's destiny was not his own. At the height of Nero's reign, a veteran of Rome's imperial war machine has been dispatched to the farthest reaches of the colonies to investigate unnatural happenings -- In the remote outpost of Britannia, Antonius Axia - the First Detective - will become Rome's only hope to reassert control over the empire's most barbaric frontier -- and keep the monsters that bridge the line between myth and mystery at bay. (W) Peter Milligan (A) Juan Jose Typ

PREDATOR VS JUDGE DREDD VS ALIENS #3 (of 4) Dr. Reinstöt is hosting a party! AN APOCALYPSE PARTY! He’s gotten his hands on some xenomorph DNA: a dream come true for a mad genetic scientist who’s already built a clan of animal hybrids. He’s also captured a Predator, and even his old acquaintance Judge Dredd has come knocking on his isolated lab’s door. Now that his friends are here and ready to go, the only thing left to do is hit the town! They’re taking the party to Mega-City One and raising hell! (W) John Layman (A) Chris Mooneyhamla

JOSIE & THE PUSSYCATS #1 The Pussycats are back! In this series kick-off, Josie's getting the band together to help achieve her dreams of musical stardom. But for the group to last, it needs a strong foundation of friendship and trust. Can the girls get going, or will Alexandra's plotting put a stop to the whole thing? (W) Marguerite Bennett, Cameron Deordio (A) Audrey Mok

BLOODSHOT REBORN #17 Terror by twilight on Bloodshot Island! Trapped in a remote jungle paradise with no hope of escape, Bloodshot has discovered the secret behind the merciless technological monstrosity called Deathmate - and the truth has thrown his entire world into a tailspin! But what revelations behind Project Rising Spirit's horrific creation could bring even Bloodshot to his knees...and forever shatter the spirit of the man known as Ray Garrison? (W) Jeff Lemire (A) Mico Suayan 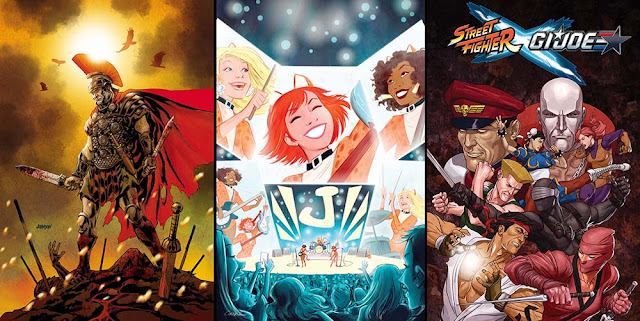 TRANSFORMERS: TILL ALL ARE ONE #4 Swindle lives! And Onslaught knows the perfect way to unlock the secrets in his head. As the Combaticons rampage through Iacon, can Ironhide and his newly formed police force stop them before they annihilate Starscream -- and anyone else who gets in their way? (W) Mairghread Scott (A) Sara Pitre-Durocher