SWEET AS: The Top Comics From DC's October 2016 Solicitations 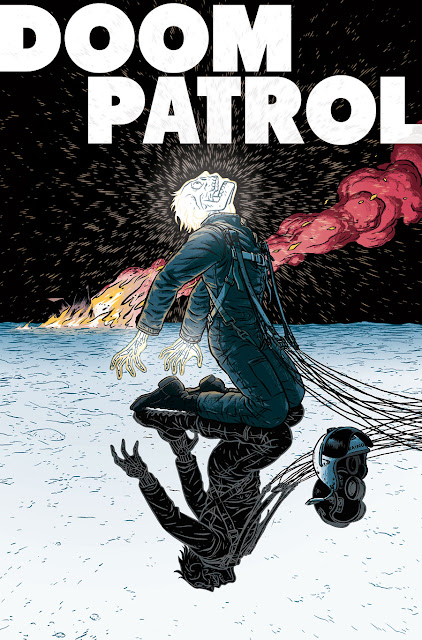 When we Kiwis find something we like, we say it's 'Sweet as'. When I look at DC Comics' October 2016 solicits, these six make the 'Sweet As' grade:

PICK OF THE MONTH

GREEN LANTERNS #8-9 (W) Sam Humphries (A) Robson Rocha and Eduardo Pansica #8 Rookie Green Lanterns Simon Baz and Jessica Cruz face their most daunting mission yet: a night of Halloween trick or treating with Simon’s young nephew and a on-the-run Guardian of the Universe. #9 “THE PHANTOM RING” part one! Uncover the mystery of the powerful Phantom Ring that forced a Guardian of the Universe to hide away in the deepest recess of space. Will Simon and Jessica be able to prevent a universe of power-hungry invaders from claiming the new ring for their own?

THE NEWBIE  MIDNIGHTER AND APOLLO #1 of 6 You wanted it? You got it—six more issues of Midnighter madness! Together again after too long apart, Midnighter and Apollo take on subway pirates in Los Angeles and demons in Opal City…but their reunion is about to take a shocking turn and send them both on an epic journey beyond all belief! (W) Steve Orlando (A) Fernando Blanco

DOOM PATROL #2 What happened to Larry Trainor? The hero known as Negative Man is still out there, but he’s not exactly the same guy he was back when Doom Patrol was still together. Like a Russian doll, there is man inside the man, and who knows how many other men inside of them, with the guy on top possessing a mind for mischief that incites violence. Meanwhile, Casey has started rebuilding Robotman, even though she still doesn’t know exactly how Cliff Steele ended up crossing her path in the first place. 40 pg. MATURE READERS (W) Gerard Way (A) Nick Derington 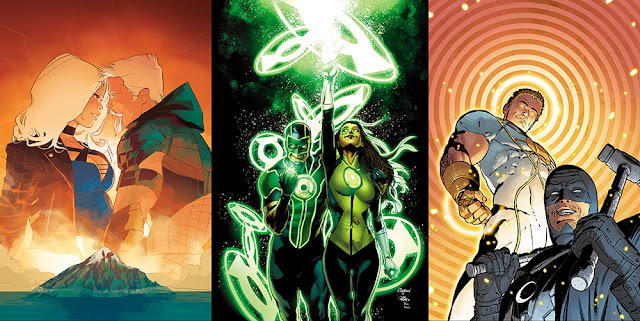 GREEN ARROW #8-9 (W) Benjamin Percy (A) Otto Schmidt and Juan Ferreyra “ISLAND OF SCARS” #8 Following the life-changing events of the past few issues, Green Arrow and Black Canary are back where Ollie’s journey began: the shores of a deserted island, where DC’s most turbulent super-couple have no distraction—and no escape—from their powerful feelings for each other. #9 Lost and alone on a remote island, John Diggle finds a secret facility manufacturing illegal narcotics, and an eccentric drug king who’ll stop at nothing to protect his empire. Where are Green Arrow and Black Canary, and will they reunite with Diggle before it’s too late?

SOUNDS LIKE AWESOME  BATMAN #9 “I Am Suicide” part one! Batman has always been crazy…but this? This is suicide! In order to retrieve Psycho-Pirate and save Gotham Girl, Batman must recruit a team from Amanda Waller to break into the most impenetrable prison in the world and steal from one of the Dark Knight’s greatest foes…Bane. (W) Tom King (A) Mikel Janin

What do you think? For DC's full October solicits, click here.
Posted by IADW at 7:37 pm