SWEET AS: The Top Comics From Marvel's October 2016 Solicitations 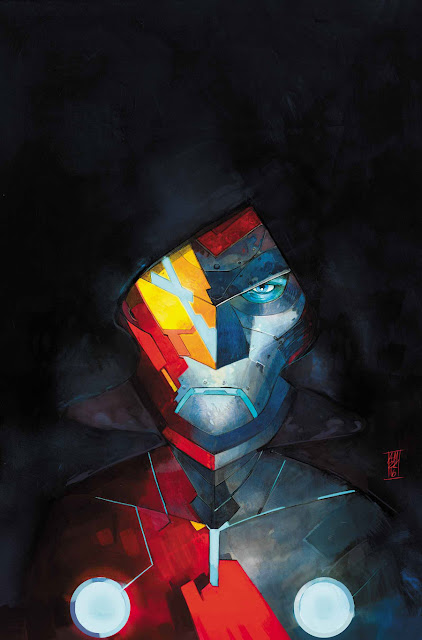 When we Kiwis find something we like, we say it's 'Sweet as'. When I look at Marvel Comics' October 2016 solicits, these picks make the 'Sweet As' grade:

PICK OF THE MONTH:  INFAMOUS IRON MAN #1
There is a new Iron Man in town and his name is VICTOR VON DOOM. The greatest villain of the Marvel Universe will try something new. Where Tony Stark failed, Doom will succeed. What is Doom’s Master Plan? (W) Brian Michael Bendis (A) Alex Maleev

GUESS WHO'S BACK?  AMAZING SPIDER-MAN #20 “CLONE CONSPIRACY” TIE-IN! Death is no more, and DOCTOR OCTOPUS HAS RETURNED!!! How is he back? And what does he have to do with The Jackal? (W) Dan Slott and Christos Gage (A) Giuseppe Camuncoli

SAD TO SEE YOU GO

VISION #12 A while ago, a robot created a family. And all was good. For a while. Then came the murders. The lies. The betrayals. The battles fought. The battles lost. The family lost. And now, at the end, Vision stands alone. He must decide how he will go on, if he will go on, if he can go on. And that decision will shape the Marvel Universe for quite a while. The epic, stunning conclusion to the most highly praised series of the year. Simply put, this is the issue everyone will be talking about. (W) Tom King (A) Gabriel Hernandez Walta

CIVIL WAR II: KINGPIN #4 (of 4) He may be a criminal, but Wilson Fisk is a self-made man. He’s worked hard to secure his empire. He built it from the ground up. And now that Fisk knows one of his men has betrayed him in an attempt to take away his life’s work, he’s prepared to give his all to put an end to the mutiny. After all, you don’t become the KINGPIN of crime without breaking a few rules and a lot of blood, sweat and tears… (W) Matthew Rosenberg (A) Ricardo LÓpez Ortiz

DAREDEVIL #12 “DARK ART” CONTINUES! Who is MUSE? And what bloody scene will be his next masterpiece? Used to working alone, how will DD handle his new INHUMAN partner on the case? (W) Charles Soule (A) Ron Garney 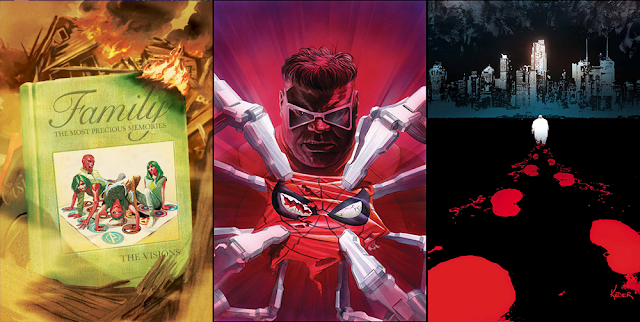 INVINCIBLE IRON MAN #14 Civil War II tie-in! A blistering new chapter in the Iron Man mythos. After the shocking conclusion of CIVIL WAR II, a young woman answers the call and takes the mantle of Iron Man. And her surprising relationship to Tony Stark will define the book for years to come. Meet Riri Williams…she is Iron Man. Well, for now. She’s still working on the name. But the Marvel Universe WILL NEVER BE THE SAME AGAIN. (W) Brian Michael Bendis (A) Mike Deodato

What do you think? Full Marvel's October 2016 solicitations here.
Posted by IADW at 6:37 pm