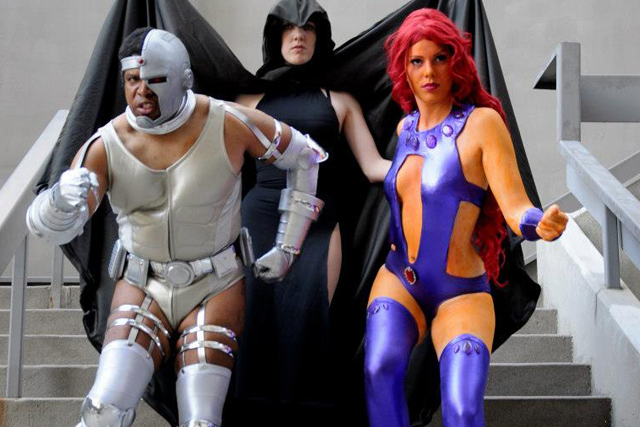 While DC has got the Titans titanic again in 2017, there are few things that put the Christmas spirit into the heart of a comics' fan than a shot of the New Teen Titans era. Cosplayer Gillykins as Starfire, Amaya de Morte as Raven, and Thomas as Cyborg (back when he was equal parts human and equal parts robot too!) provide that festive feeling so well, you almost expect artist George Perez's signature on the photo!

More crazy cool costumes await on the very next page. 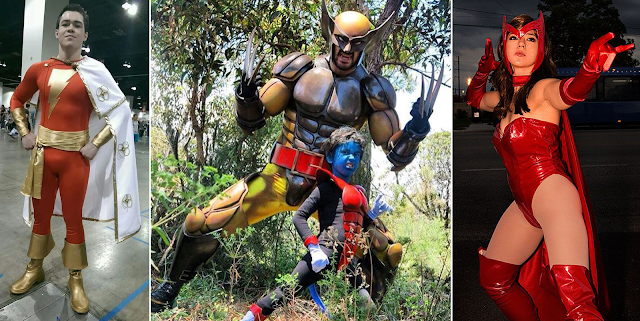 Proving classic Captain Marvel still can't be beaten, this cosplayer looks like he's just yelled 'SHAZAM!' And what's more Christmas than an inter-generational tradition? 'Wolverine' nails the yet-to-be-outdone brown and gold costume, while the fierce little Nightcrawler at his feet 'bamfs' into the cosplay life with a bang. Finally, captured taking to the streets by Craig McNelley Photography, 'Scarlet Witch' shows her hex magic never weakens.