It looks like Marvel is finally learning not to let the tail wag the dog. After a handful of double facepalm moments, like replacing the original, unbeaten Nick Fury with a more Samuel Jackson-esque movie version, the House of Ideas looks set to have comic continuity define its own path once more. 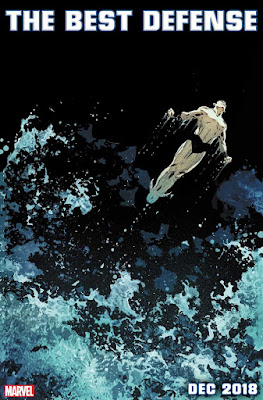 With The Defenders series uniting Daredevil, Jessica Jones, Misty Knight, Iron Fist and Luke Cage scorching up Netflix screens, it seemed that the old 'live-action rules' made a traditional Defenders reboot an impossibility.

Yet, this weekend, Marvel put the boat back in the water, by announcing the original non-team will star in a series of one-shots, in time for Christmas 2018. Yes - 2018!

This is fantastic news for these tried and tested - and often overlooked icons of Marvel's past. Especially Namor. I hated his 'death' via the Squadron Supreme.

In fact, let me be honest; despite being important enough to warrant his own cartoon in the 60's, in my opinion, there hasn't been a decent Namor the Sub-Mariner at Marvel since Ed Brubaker's seminal run on Captain America.

His one-shot teaser art this weekend conveys a similar tone and puts the majesty, might, and arrogance of the Prince of Atlantis right back where it should've been.

Marvel's original super-hero/amphibious tank looks re-ready for glory. And he's not the only one. 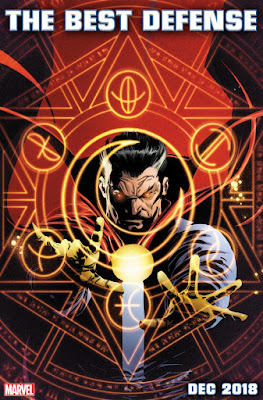 Doctor Strange looks darker than he has in a while, which ties perfectly back into the original title's rogue files of interdimensional demons and adventures (not to mention the good Doc's stint in the Midnight Sons)!

So much so you can almost see other classic Defenders such as Hellcat, Gargoyle, Beast and Hellstrom with his flaming horse-pulled chariot, lurking in the background.

Silver Surfer's recent Mike Allred drawn run visually seemed to divorce the fan-favourite character from his butt-kicking Annihilation event-self. However, that too now looks left to the pages of the past, with a more formidable Surfer back on the cards.

Yes, while the Fantastic Four is Marvel's #1 signature of the company's love of teams built on the four elements, Bruce Banner (earth), Namor (water), Norrin Radd (air) and Stephen Strange (fire - from holding back the gates of Hell) are it's most potent.