I've been racking my brain, revamping It's A Dan's World. From 2019, I want to showcase the best news of pop culture, while positively contributing to something that speaks to that Peter Parker / Dick Grayson spirit in all of us.

I strongly believe when you are on the right path, life sends you a sign. When I moved to Wellington, as I drove into the city, Sheryl Crow's A Change Will Do You Good played on the radio. And today, while working on the 'all-new' IADW, Marvel announced the Marvel Legends toy line for 2019 will include New Warriors leader, Night Thrasher. 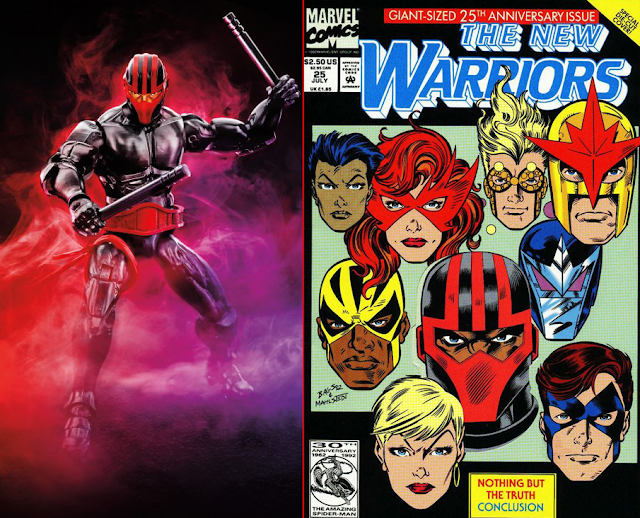 Save perhaps Morrison's JLA, there's no comic I enjoyed collecting more than the first series of New Warriors. Sadly, it didn't last past my high school years (it finished in '96, I '97), but while it ran, it was gold.

Now, I've never been a person who likes what is "in". I've never read or watched a Harry Potter film or book - same for Game of Thrones - I never owned a Nirvana album, and I don't like rugby. I don't avoid the popular things, I just naturally gravitate to the underdog. 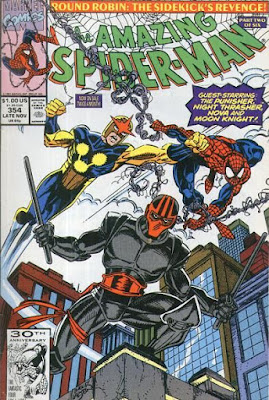 As a teen, while people my age liked the X-Men and all the mags told me that was 'in', I collected Spider-Man cards, missed the fact DC Comics were rare in New Zealand and filled the void with lesser-known heroes like the New Warriors, Darkhawk - and if my limited income could stretch, either the Fantastic Four or Iron Man.

The original Warriors were teenagers who didn't believe the spin of the world around them and sought their own truth. In today's #falsenews world, that's a premise ready to wow.

By not speaking down to its readers and focusing on hope, the Warriors resonated. Both in the pace I walked to Paper Plus each Thursday to see if it was there, and in the style of my own comics I wrote and drew on the lounge floor. It was motivational fun. And that's the key.

Rather than wait for motivation to strike, I challenge us to surround ourselves with the best motivating factors of our lives so far. Let's make sure that the best inspirations of our past are in sight every day - not hidden away - but visibly inspiring our tomorrow. A song, a painting, a photo - whatever it is, make sure it doesn't become a whatever it was. You are a reflection of the inspirations you surround yourself with. And yes, I will get a Night Thrasher figure in 2019.
Posted by IADW at 6:18 pm