When we Kiwis find something we like, we say it's 'Sweet as'. When I look at all of Marvel Comics' January 2019 solicitations (here), these five picks make the 'Sweet As' grade:

ONE) If there's a Marvel book you should be reading (outside Immortal Hulk and the X-relaunch), it's Daredevil. Kingpin is starting to realise as Mayor his rage still can't be denied, and Matt is realising he can't walk away from the Devil either. The woman helping him navigate the road to Hell('s Kitchen) paved with good intentions? Elektra. Even including Spider-Man to Punisher, Chip Zdarsky's work here has been criminal, DAREDEVIL #16 being exhibit 'A' in January. 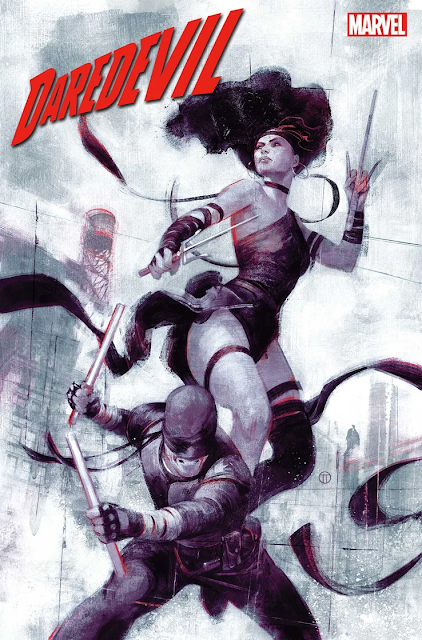 3) Hulk, Namor, Dr Strange and Silver Surfer - the original Defenders are all riding high right now, so when is Marvel going to bite the bullet and give the original non-team their own book back? In January, TAROT #1 (of 4) from writer/variant cover artist Alan Davis debuts, with The Avengers mixing it up with the Defenders of old, over Namor's recovered memories from WWII. 40pgs.

4) At the end of House of X / Power of X, it was revealed Mystique's hopes of bringing Destiny back from the dead were being falsely cultivated in return for her services because a reborn Destiny would poke holes in the new cover story mutantkind is presenting to the world. How long will it take for Mystique to figure things out? Bookies favour January's X-MEN #6.

5) It's official. WTF is now WTH - as in 'What The Hulk?!' Writer Al Ewing and artist Joe Bennett have made this series one of "I didn't see that coming" moments, horror, hope and Joe Fixit - who was always of the best personalities leftover in the fractured psyche of Bruce Banner. In January's IMMORTAL HULK #29, Kirby-esque monsters are ravaging Phoenix, Arizona. Without a hero to call their own, they're about to find a friend in a 'monster' of their own. HULK SMASH!
Posted by IADW at 7:46 pm