U.S.Agent, the Julia Carpenter Spider-Woman, Scarlet Witch and Wonder Man better get ready. According to a breakdown in the spin-off titles involved in next year’s Iron Man 2020 limited series, one of them is Force Works.

Iron Man 2020 is a Marvel event launching in January 2020, where Arno Stark dons Iron Man armour and in fitting with his legacy, becomes a corrosive force against freedom. 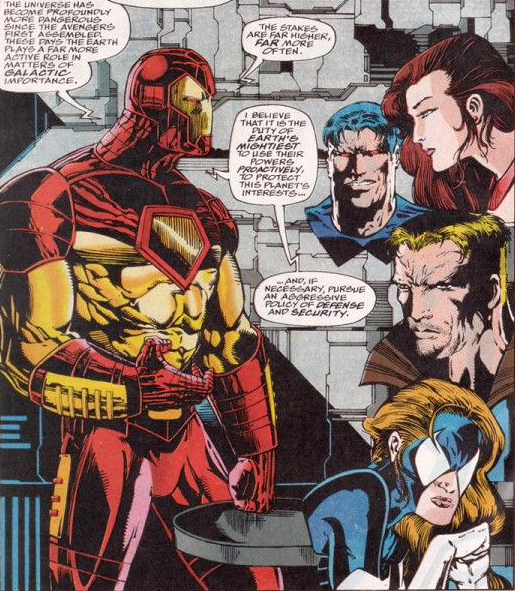 One of my favourite runs as a comic collector, was Avengers West Coast (oddly enough, my first issue of which included Iron Man 2020), through into the team’s decision to step to the side and cast their own shadow as the Iron Man-funded, proactive global defence force; Force Works.

Thanks to the Scarlet Witch’s hex magic, the team was able to maximise Iron Man’s technological resources to predict chaos across the globe and intervene before the crisis started. Plus, as effectively the 'X-Force' of the Avengers world, this mighty militia had the best ‘almost members’ too, such as Hawkeye, Black Widow and War Machine.

True, it might be a revival in name only, however, from Agent and Cybermancer to Dreamguard and Century, the original team aren't exactly booked up at the moment, and they have the added plus of having already helped stave off one evil Tony Stark (cough) The Crossing (end cough).

While no creative teams have yet been announced, it wouldn’t be out of the question for original writers, Dan Abnett and Andy Lanning to return, post making Guardians of the Galaxy a movie ready comic-book. Force Works 2020 #1 and Machine Man 2020 #1 are due out in Feb. Watch this space.
Posted by IADW at 4:04 pm